Notes from a conversation with Patricia Dauder

On the title and the idea: Hollow
“The word “hollow”, has a slightly different meaning from “empty”. I have chosen to use this word because it takes me to the idea of an unfilled body, a sort of shell with no substance, to find a precise image. I associate “hollow” to a lack of contact with the natural context, to a lack of tactile culture, and with the lack of memory of the so called “modern” societies that we inhabit. These are some of the ideas that I have thought about after a short stay in Ecuador, on the occasion of my participation at the XIV Bienal de Cuenca (2018). I could see, in that country, that man keeps a more direct relationship both with the biodiversity around him and with the ancestral, artisanal cultures. The works in the exhibition, despite their formal differences, have in common that they appear as skins, layers, surfaces, o fragments of a body or a structure which is not there, either absent or residual. Hollow would be then this reference to a feeling of vacuity, but not in terms of space or architecture, but in an almost existential way” .

On sculpture
Working or using sculpture in my work is not much different than using other media. At times, when I am drawing or painting, I have the feeling that, in reality, I am sculpting. It is strange, but on some occasions I think I am removing matter from a drawing or a painting, like if I was emptying a piece of wood or stone. On the other hand, if we observe some of the objectual works in the show, we will see that they are composed of parts that are not much thicker than a sheet of paper, made of very fine layers of clay or wood. After all, they are all strata, wrappings o coverings, which may contain in some cases, some sort of information.

In Hollow, everything is tactile, organic, animal or human, yet despite its formal differences, all works seem to accord to one tonality, a common direction, so that once together, independently of their autonomous significance, become an environmental ensemble, a sort of scene, or part of a story. 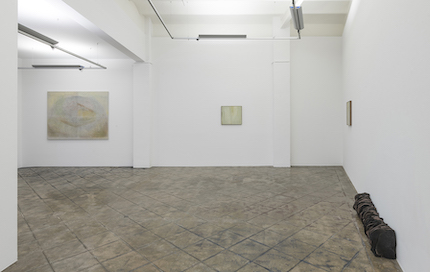 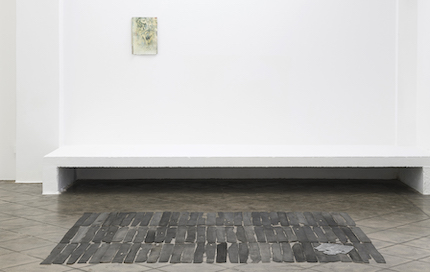 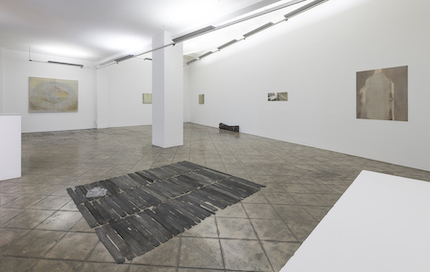