Patricia Dauder’s drawings and films call for careful, conscious observation – for their apparent simplicity belies great complexity and very dense material. Drawing is one of the main media in which she carries out her research, joined in recent years by film. Her drawings emanate delicacy, due in part to the materials she uses: mainly pencil and paper of varying degrees of transparency. These pieces are created by slowly laying down a series of layers. Each of Dauder’s drawings is made up of overlapping pieces of paper that create the final piece. Each piece of paper, each unit within these constructions, contains a series of links, lines, networks, etc. which in their final setting, and in relation to the other units of paper, finally come together to form spaces.
Her drawings expand in depth and density, giving the medium a more dynamic nature; they evolve like a living being. These pieces are not presented as stable objects; movement, instability and shift are there from the start and can be traced back to their origins. The work Overlapping #5 seems to emerge out of a vibrating square.

Dauder started to include film in her work in 2004 in response to the extremely ephemeral nature of drawings. One of her first films, Surfers (2005), was filmed in a single fixed shot. Dauder deliberately chose to return to the origins of cinema and to film an event, an action that structures the whole film in an act of observation. Opposed to that, editing is what stands out most in her film Cutsurf (Bclnt. Feb.09) (2009), and the final result becomes an abstract construction. As research into the possibilities of non-narrative approaches in film, Flow (2009) explores the possibilities of observing extremely basic materials such as air and water.

In both her drawings and her films – when both representing mental constructions and giving shape to outside realities – Dauder carries out a careful exercise of observation and analysis to produce synthetic images.*

*Extracted from the foundation’s press release 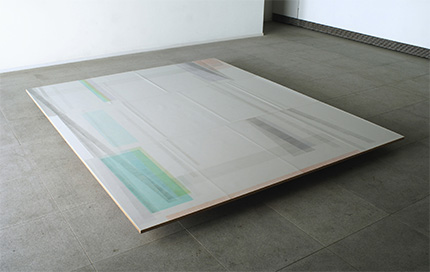 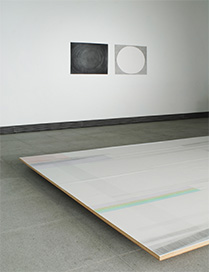 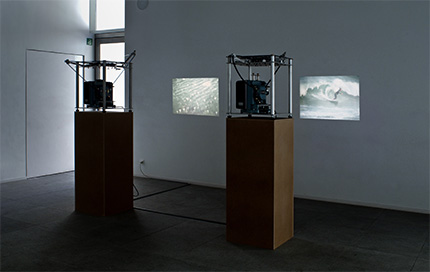 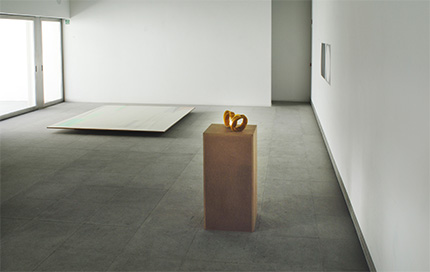