Map, Record, Picture, Sculpture presents a selection of works by four artists who approach their practice with an unavoidable preoccupation for materiality and process. Works that result from an action of arrangement and sedimentation and where the idea of the “handmade” is recovered. Notions such as landscape, mapping, the recording of a place or a time and the appropriation, the observation or the interaction with nature appear in the exhibition.

Patricia Dauder’s new work, 41°08’ 56.66” N/ 08° 36’ 43.60” W (#2) is a drawing, graphite on paper, in twelve parts where a white fragmented line seems to be depicted. The work was initiated during the artist’s short residency in Porto, Portugal and responds to her walkings along the river Douro. Its title refers to the coordinates of a place, a latitude and a longitude, and in this sense refers to the notion of cartography. The definition of the title contrasts with the abstract quality of the work, where the idea of a landscape and a journey are evoked. Produced in a rather slow process, the drawing is seen by the artist as a path, a track, an undefined and invisible interface between water and land or a symbolic depiction of a non-existing place.* 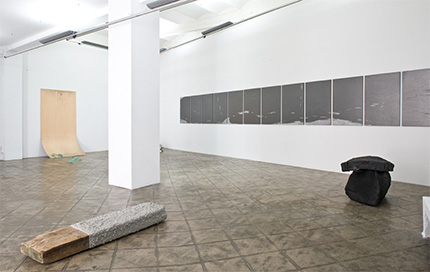 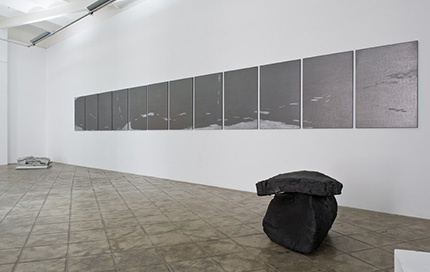