The ethos of the XIV Bienal de Cuenca entitled Estructuras Vivientes. El arte como experiencia plural (Living Structures. Art as a Living Experience), curated by Jesús Fuenmayor, was to propose a reflection on art as a plural experience: esthetic, sensorial, intellectual, emotional, affective, psychological, as much as political, social and anthropological.

The invited artists were offered the possibility to create new works upon diverse aspects of Cuenca´s singularity.  The two works created specifically for the Bienal, evoked the biological and material culture of the city’s context, and the close relationship between Ecuadorians and the earth.

In the case of Weather Sticks, a group of 60 elements of thin elongated stick-shaped forms, the artist decided to work with clay and pigments so that when mixed and baked at low temperature, these would react to the environment, absorving its humidity. For several weeks, the “sticks” were partly half-buried in the ground of a courtyard in  Cuenca and the weather changes during that time got “imprinted” on the ceramic surface, leaving some visible permanent marks like darker spots and sinuous lines.

For the work Protoformas, considering that Cuenca is well-known for preserving Ecuador’s cultural heritage and is home to many master craftsmen, the artist decided to collaborate with a ceramist with knowledge of ancient indigenous methods, particularly that of black ceramics, based on a traditional firing technique in which smoke penetrates the clay pores and creates fortuitous patterns. The forms of the elements produced defy a particular categorization. They might remind of vegetal or animal morphologies, or even domestic tools, but they can’t be clearly identified as such. 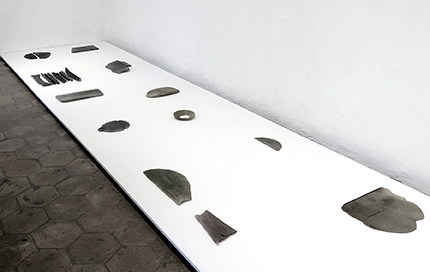 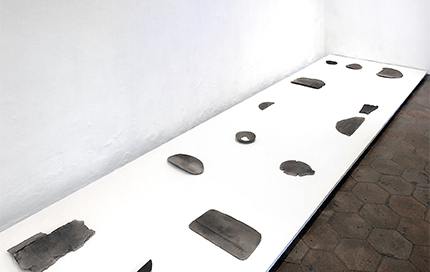 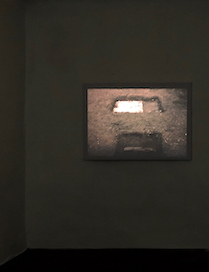 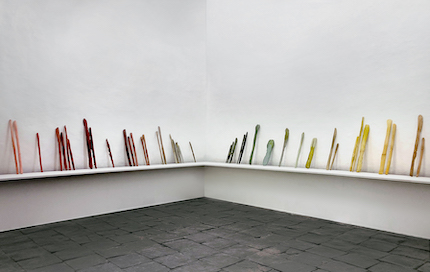 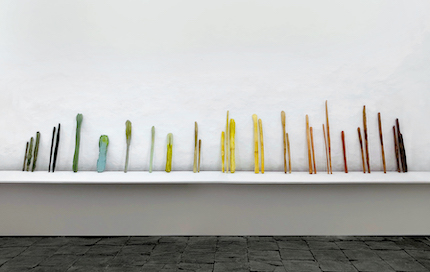