“The idea of ‘printing’ is important in my work, not so much in a literal sense, as the term that refers to the technical process, or a methodology, but more in a general sense, as the action and effect of leaving a mark onto something. Along the years I’ve realized that I am interested in phenomena, structures or forms, that are slight materializations or evidences of processes existing or occurring before in time, such as evanescent states or matter transforming in few seconds or in centuries. Marks on the surface or inner structure of objects and materials, function as prints, or clues that delineate a story about something that once existed. In that sense, sometimes I think that the art object functions a little bit like this, that it is a mere print, or partial manifestation of a more substantial, relevant experience, action or feeling”.

Conceived in situ, Surface is Patricia Dauder’s poetic elaboration of an image as a complex architecture, composed of layers of memory and meaning. The installation builds up a dialogue between several elements, carefully distributed in a space, which are commonly dark, flat, and that share a certain fragile appearance and a virtual lack of volume. Their spatial choreography enhances a conversation as they seem to face each other or to be connected by invisible lines. Even though these elements could be perceived as drawing and sculpture, they transcend their dimensionality and become mere surfaces. They all have resulted from the action of erasing, eroding or wasting a prior structure until obtaining a unique image-object. As the title evokes, they seem to have been deprived of content, as relegated to superficial layers or “skins”, but they retain the scent of a space, an action, or an object. Recalling “debris”, at the same time they evoke the experience and materiality of common objects and ordinary spaces.

The experience of a place, be it a familiar or an unknown location, is also usually relevant in the artist’s work to activate associations that get eventually transferred in the works. Even though there is an apparent overall abstraction and lack of explicit references, the scent of a place is usually somehow imbued in the images and objects she creates, whether it is through a tonality, morphology, or a certain atmosphere, as it is in the case of the works produced for the exhibition Surface in the Presidential Lounge, following a short stay in the city of Prague. 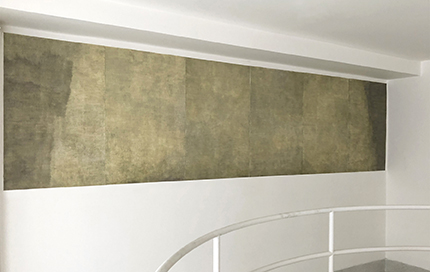 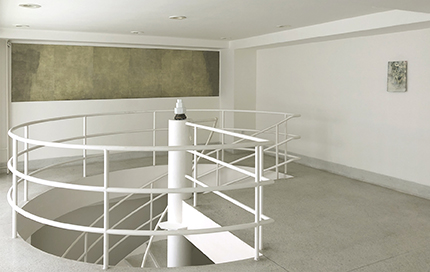 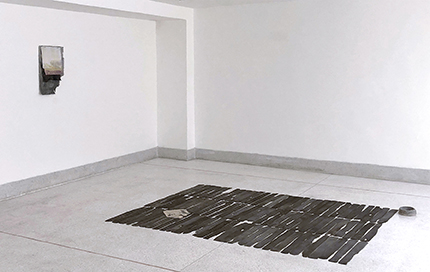